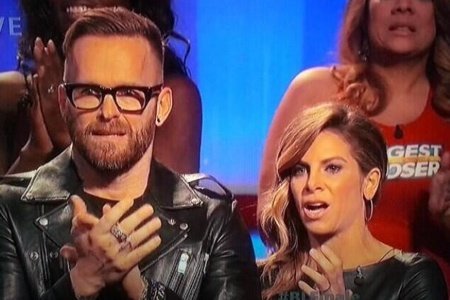 The Biggest Loser has been on for 15 seasons and I have never seen a finale like this one.

I watch this show (along with other reality TV shows) because it is like driving by a car accident. You don’t want to look, but you HAVE to look.

This time, I caught an episode of the Biggest Loser while travelling and began to wonder who was going to be the winner.

The winner shocked most of America, including the shows stars – Jillian and Bob – when she walked out 12 pounds under weight for her height (according to Weight Watchers). 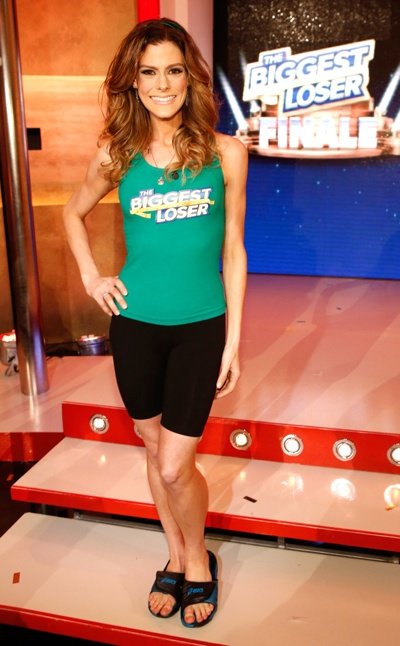 I am not going to judge Rachel for her extreme weight loss. She was doing what the show asked of her – lose the most weight so she could win $250K and become The Biggest Loser.

However, the producers of this show had a problem on their hands when she lost all that weight and started to look emaciated.

But one source who works closely with the show says people were shocked by Rachel's transformation before the live finale. "Executives honestly thought that maybe she'd look okay and that no one would notice," says the source, "but people gasped."

Including Bob, Jillian, and the contestant standing behind them (the photo above is from the show).

No one would notice that she didn’t look healthy? How could you put this woman on TV as an example of a positive body image? Do you want people to believe that they need to see their bones to be attractive?

Losing weight and becoming healthy can be two very different things. At a certain point, someone had to say, “No, she doesn’t look healthy – we need to rethink this.”

Whenever I get judgmental on Snack Girl there is a backlash because I am usually encouraging and funny.

But, I have received e-mails from readers who are trying to eat more because they are recovering from an eating disorder. They love the site because it emphasizes the relative health of the food and find that the snacks are the right size for their stomachs (which are getting used to eating again). I feel for these people and I want them on the road to a healthy relationship with food.

The Biggest Loser, by celebrating Rachel, reinforced the perspective that super skinny is to be admired. In my opinion, they did real harm - both to Rachel and the viewers who are susceptible to this warped view.

Did you see the show? What do you think?

This is a competition and she is a competitor. She was a swimmer before quitting for a boyfriend. She just has that super competitive nature. I hope she gains a few pounds after the end of the show but now she's running and competing in triathelons. People who compete in those grueling endurance sports are often underweight. The public just needs to back off and let this woman live her life. We're such a judgemental society.

I don't think helping people become healthier (i.e. losing weight, eating healthier, etc.) ever needs to be a competition, especially for money. The Biggest Loser sends the wrong kind of message(s) and that is one reason why I don't watch it. Being underweight is just as unhealthy as being overweight. I hope for her sake, she will return to a weight that's healthy.

How did The Biggest Looser do ANYTHING wrong? They had to give her the award since she did loose the most weight. If they hadn't then this article would have been different. It would have been about how The show is Rigged, etc. So if we blame anyone we must blame the contestant. We do not know what is in her past and like Jennifer YT just posted she is a competitor so she probably just took it way too far. But she can easily gain that weight back to a more healthier one. She probably cut sugar out of her diet because of the competition. She can re introduce in in small portions (if she wants) and still be at a great weight.

Well done Snack Girl. This your blog and your own thoughts should be heard. It never ceases to amaze me that talent and wisdom do not get applauded in our society but being thin does. As if being thin is the best achievement ever.

She'll gain back a few pounds and will be just fine. 10 to 20 pounds and she'll be healthy again. It was a contest for money and she loves to compete..She won it and hopefully she will eat wisely and get back on track. In the meantime she can invest that money and it will help her in the long run. It is no ones FAULT. Why do we have to always blame someone?

Why is everyone judging her?? She played a game and did what she had to do to win it! Good for her! We don't know if she stayed that weight for just 1 day. No one thinks that the runner up was a bit thin?? A 6'3" man weighing 170 lbs?? Yuk!! At the end of the day it is a game.

I'm pretty sure she will stabilize at a more healthy weight, and did this purely to win the money. As would I, given the opportunity.

Are these contestants not monitored. I understand she did what she went on the show to do, but really. The way they work out very obese contestants is to the extreme for their weight. There is a doctor there to monitor, so why wasn't someone keeping this poor girl in check. A lot of young people watch this show, it is not sending a good message out to this group.

I have not watched the show in a couple of years. I find that yelling in their faces was a turn off to me. I would eat more, not try harder. Very poor approach to weightloss.

I watch the Biggest Loser occasionally. I started watching this season then stopped half way through. I have major problems with this show, but it is entertaining. It teaches people that when they get on the scale they should expect double digit losses. I have never had a double digit lost and I lose 80 lbs. This isn't sustainable. When they get home, they have family, jobs, and friends. Working out all day is unrealistic. Most of the girls on the show don't have as much to lose as the guys. So many women (I'm guessing) feel forced to go below a healthy weight in order to win the competition.

If she's healthy, then so be it, but I don't understand how she can be healthy being below her healthy weight. I think the Biggest Loser needs to rethink how they pick a winner.

It seems in Hollywood that it's okay to judge overweight people, but as soon as they are too skinny, judging is wrong. If a person is healthy and happy, then all the power to them.

I watch the show and was rooting for Rachel. I was shocked when she came out. She lost all the great muscles she built. Biggest Loser needs to rethink this. It's interesting that it has never happened before. The contestants do the show to be healthy. Make the winner the spokesman and no money paid. Most contestants feel like they won by being selected to get help.

Regardless of this particular contestant's weight loss, this show is not healthy PERIOD. They basically starve these people and exercise them to the point of exhaustion. It is not a realistic example of how people can lose weight in real life.

Let's shame people for being too fat and now too thin? Yuck I hate this show.

I blogged about this same thing. I feel bad for Rachel because of the people that attacked her when they should be attacking the show. She was doing what she needed to do to win the show. I hope this doesn't negatively affect her in the long term

She looked fine when I saw the makeover,,,but what happened after that? How much time passed after the makeover. I don't usually watch the show but I happened to see the makeover show. Did they all go home????and come back for the finaly?She obviously lost a lot more and the trainers didn't know??? Gee her cute dimples are verticle lines on the side of her face now. It looks like her upper body lost first because her bottom is still filled out...her legs aren't skinny. women with the pear shape tend to lose too much on the top in order to get the weight off the hips and legs. Too bad, hope she levels off. She's skinnier than when she was a swimmer. She lost all the upper shoulder muscles that swimmers have. I was shocked as I know others were.

Yes, I watch the show, but have problems with the messages it sends to young people. I have lost 90 pounds the healthy way... it does, and should, take time to do this. It has taken me a year and a half! This show should dolike Weight Watchers, and have a goal range. The contestants should not be allowed to go under the goal range... that is

I do not fault biggest loser they send the contestants home and do not see them everyday to know how they losing weight. I do think someone should of spoke up during the show or a disclaimer should of flashed on the screen. I am just hoping that Rachel went to the extreme just to win and is planning on putting weight on now that she has. In the end this is a competiton and she wanted to win.

This is very sad to me. No one is judging Rachel or blaming anyone. Snack Girl is concerned that Rachel is under weight when the Biggest Loser is a show centered on helping people lose weight, eat healthy, exercise and live a healthy lifestyle. None of us can know whether Rachel will return to a healthy weight or spiral downwards. Think about it...a lot of Biggest Loser participants have an underlying issue which lead them to being extremely obese. Let's hope and pray that whatever Rachel's issue was that led to her being obese has not/is not pushing her in the other direction.

I think Rachel is like me. When you get your body to be the right weight, your face looks too thin. And she has the type of body where the excess weight is concentrated from the waist down (pear shaped like the above comment mentioned), so I'm sure she was trying to get that off when all of a sudden her upper body and face began to look a bit underweight. Quick weight loss is usually not thought to be a healthy thing, but the show continues on......

I don't watch the Biggest Loser. I follow Snack- Girl' s advice instead. You go Snack-Girl !