Why Dr. Oz Got In Trouble

In case you missed it, last month Dr. Oz got called on the carpet by a United States Senator for endorsing “magic pills”. 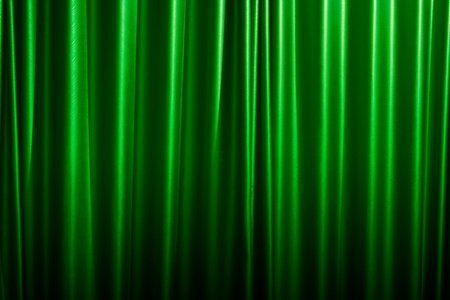 I believe Dr. Oz was trying to grow a beanstalk.

Actually, he was endorsing diet supplements meant to help people lose weight. It seems that Americans spent a whopping $2.4 billion on weight loss products and services and it is the most common source of consumer fraud.

We all know that weight loss pills are a joke, right? Who would spend their hard earned cash on a promise like, “One pill a day, eat whatever you want, and the weight will just melt off”?

How about a New York Times, college educated, columnist? Naaah. He wouldn’t buy that stuff. Except that Frank Bruni DID purchase Garcinia Cambogia and admitted in an editorial here: Diet Lures and Diet Lies.

Frank Bruni has famously struggled with his weight and he bought it after he read an endorsement by Dr. Oz.

When I first watched Dr. Oz talk about green coffee extract, I thought he was earning some sort of kick back from the product. He called it a “miracle” and I wondered how much money he was making from endorsing it.

After watching Senator Claire McCaskill skewer him over endorsements of diet pills, I learned that he isn’t making any money from these supplements that he endorses. Companies pop up like mushrooms after he mentions a supplement and use his image and words to sell it. Those companies are using his image without his permission.

Here is a (now) famous exchange between McCaskill and Dr. Oz:

Interestingly, McCaskill has struggled with losing weight and has recently dropped some pounds. Perhaps she bought some of these “magical pills” on her journey. She has said that eating healthy and moving more have been the keys to her success.

I am a Dr. Oz fan because I find that 99% of what he says makes sense. He has done a bunch of shows on healthy eating and I love how he tries to motivate people to change their health. I also remember seeing him on Oprah, showing the audience a healthy lung versus one from a smoker and I was impressed with his presence.

Here he is making a world of sense (with an organ to show us) on weight loss and over 1.6 million people have watched it.

How cool is that? I want to ensure I don't have any of that stuff around my liver!

Dr. Oz says he tries to give his audience hope. Well, I hope he stops endorsing weight loss supplements because it is a MESS when he does.

Do you wish you could take a pill and all the extra pounds would just melt off your body? Join the club....

U.S. News & World Report has taken on the challenge of ranking the best diets for the last three years. How do they do it?

I'm confused. You criticize him for endorsing weight loss products but it sounds to me like that is what he has NOT done. In fact it sounds like what he has done is highlight certain ingredients or properties that studies seem to show have a positive affect on weight loss. Since he has not endorsed an actual product many products (some good some a scam) claim his endorsement for their product because they claim to contain the ingredient he has lauded. I have heard him state many times that if products claim his endorsement it is false as he does not endorse products.

Dr. Oz has made many false claims and I fell for one of them. To me he is in the same category as Dr. Phil...........a money grabbing money hungry charleton.

I watch Dr. Oz and never once did he say you have to buy these products, that was a choice, I live in Mo I think McCaskill would have more important things to do that go after Dr. Oz

I like Dr. Oz. The products he mentions help SOME, not all. He even states this. He uses the information that anyone can search on line for. He gets his information from studies that the government and medical people have done, they're not his own.

I have learned a lot from him. He has never once said to buy anything, but try it if it suits you. I was so baffled as to why he was getting into trouble. There are a lot worse things out there.

I have stopped watching Dr. Oz. I feel his silly props and demonstrations are so degrading to one's intelligence. When I watch a DOCTOR who has a television show, I want facts. I want to be spoken to as an adult not a child or someone with low intelligence. His audience actually make fools of themselves, with this ohhhhhhh Dr. Oz ect. rock star worshiping!!

What is wrong with people?!!

Like all tv personalities,Dr. Phill, Opra ect. fame has gone to their heads and they are no longer doing service to the viewers that they first set out to do.

I'm sorry I have to disagree with what they are doing to him. He doesnt give product names and yes there are some things like all natural glucomannan that do help you lose weight. I take it and it helps me cut back on eating. It has also helped me to quit drinking. I no longer crave sugar as well. What works for one may not work for everyone, but that is with any vitamin or prescription medicine. remember vitamins are NOT FDA approved either. Like he said he never tells people what to buy or leads them on, he just states how some certain vitamins or natural plant based vitamins can help!!

I gave up on Dr. Oz after a short amount of time. His face is on every cheap magazine hawking yet another diet miracle. I enjoyed his visits on Oprah, they were informative and taught us something, but you can't hawk every diet pill, every diet wierdo that comes down the hill and expect people who want real help to find you anything but fake.

Dr. Oz should stick to practicing what he was trained to do. He talks about a lot of things that he really knows very little to nothing about and people believe him because Oprah has dubbed him "America's Doctor". When I saw him smelling a woman's "stinky" belly button in his audience, I knew he would do anything for ratings.

Janet, I totally agree. When I retired 15 yrs ago I watched a bit of daytime tv and thanked my lucky stars for all the years I worked. Shortly thereafter I cancelled cable. Between rude hosts screaming over each other, audiences acting like fools, faux news ''shows'', there was very little loss.

[I loaned entertainment videos from our fabulous Clinton Library-decades of PBS Masterpiece offerings, get my vitamin/health info online as well as news from many sources.]

Early on in Dr. Oz's television exposure, I thought he would be a good source of information. Shortly after, however, his endorsements have soured my opinion.

Reputation is a hard thing to get back after taking a dunk in the vat o' crap. I now associate him with the word 'charlatan'. I'm afraid that won't change, no matter what he does going forward.

I agree with Denise (above). I could not have said it better myself!

Snack Girl, you are the queen of going after companies for false claims on food packaging. So I am surprised you are so soft on Dr. Oz in this post. I completely understand that shady companies use his photo to imply endorsement without his consent - which is what that congressional hearing was about. But the fact remains that he endorses sham weight loss cures on his show! Even if he doesn't endorse specific products, he is giving people false hope. It's just another form of false labeling.

the senator has picked on the wrong person~

Thank you Snack Girl for this helpful info. i was just about to purchase green coffee capsules.

I have watched many of his shows on supplements and I have never once heard him say a certain pill would help everyone. I have heard him say over and over, watch your intake, exercise and give up certain carbs. People just aren't listening. They want to blame Dr Oz for their own failures. So if you think Snack Girl was soft on him, she just gets it. She knows his image is being used without his permission and she was listening when he said there is no magic pill that will work for everyone.

I dunno, I like Dr. Oz for coming down to the everyday people.. sure his props are silly but you know what.. the point get across. And I respect that he brings attention to some health issues that might need talking about and some POSSIBLE aids for better health.

HOWEVER, I like to do my own research... I mean as adults the point is that you ought to have enough reason to listen to options presented, find out what other options are out there and make an informed decision based on what you learn. Don't just let people (celebrity doctors or not) tell you "Here you go... Cure for cancer." or "Here you go...diet and exercise in a pill/serum/berry!" Just saying.

I am also in the middle on Dr. Oz. I have learned a lot from him and I get tired of his silly ratings stunts. I really hate the format he chose for his show - a little information on a lot of things. I really enjoyed him on Oprah and wish he had chosen that format - one, maybe two topics per show. Instead he has to resort to the silly stuff in order to fill the time because he can only go over the same stuff so many times. I think the senator was right to go after him though. He claims not to endorse brands but he knows good and well what's going to happen once he mentions a product on the show.

I think Dr. Oz has helped a lot of people in many ways-----from losing weight to the newest anti-aging procedures. He never endorses a product name and I'm sure he researches everything he puts on his show. I also think his props and demonstrations are fun and helps people understand what he is talking about. He makes the show informative and the people love doing the demonstrations.

Actually, hubby has taken the green coffee beans and lost a lot of belly fat. It has worked for him. I think Dr. Oz often has good information.

When taking "diet pills" many people think they don't have to eat a healthy diet or they don't takes them on a regular basis. There has to be consistency and patience to achieve success.

I used to work at a tea shop. And one day, Dr. Oz went on his show and talked up the benefits of certain teas - white tea, green tea, and oolong tea.

The next day, that was 90% of our customers. "Dr. Oz talked about, um, white tea? What do you have that's good?" He didn't name our company, he didn't name tea brands. But people came in, and in most cases, spent $150+ on tea and stuff to brew it that I'm sure they didn't use more than a week, since none ever came back for more tea. It was hard to watch, but, frankly, we loved him.

From a personal standpoint, I feel like he does talk down to people on his show, and repeats a lot of the same stuff. But the same people who blindly did whatever Oprah told them needed someone to follow.