If you think something will taste really delicious you will eat it. Most of us would assume that taste is based on using our taste buds, but what about our eyes?

Can you alter healthy food to make children want to eat it? Well, a research group at Yale did a cool study that used some cartoon stickers on food.

The study included forty 4- to 6-year-old children. They tasted 3 pairs of identical foods (graham crackers, gummy fruit snacks, and carrots) presented in packages either with or without a popular cartoon character.

What do you think happened?
Children signiﬁcantly preferred the taste of foods that had popular cartoon characters on the packaging, compared with the same foods without characters.

So, the grapes in the photo are on in the produce section of my supermarket with Disney princesses. They probably taste a whole lot better than the ones without the princesses :)

Christina Roberto, a graduate student at Yale, was kind enough to grant me an interview about her study. As a parent, I found her work to be a great inspiration for getting my kids to eat healthier choices.

Snack Girl: Why did you choose snack food for the children to rate?

We decided to study snack foods because licensed characters appear frequently on those kinds of foods and it would allow us to study foods with a range of nutritional profiles.

Snack Girl: Why do you think the kids thought the food with the character images tasted better?

Marketing research shows that positive associations with a product drum up good feelings that are then transferred to the advertised product. This is why seeing a commercial that makes you laugh or has a song you love often makes you like the product being advertised.

In this case, Dora or Shrek typically generate positive feelings for kids which likely influenced their snack taste preference.

Snack Girl: Do you believe the government should discourage junk food manufacturers from using cartoon images?

The food industry spends $1.6 billion per year on advertising targeted towards youth and 13% of that is spent on character licensing and other forms of cross-promotion of products.

Our study shows how influential these characters can be on kids. I think getting the licensed characters off the packaging of unhealthy foods can level the playing field for parents and help them make the choices they want to make for their kids.

Snack Girl: How can a parent create a "cartoon" package for a healthy snack (a DIY packaged snack)?

There are plenty of images of popular characters on the internet that a parent can find. Then it's as easy as printing the image on sticker paper, cutting it out and placing it on the packaging of foods in your home you want to encourage your kids to eat. This is a creative way to do your own marketing of healthy foods!

Snack Girl: What is your favorite snack?

Favorite is tough, but I do love pistachio nuts!

How do you make healthy food appealing to children? 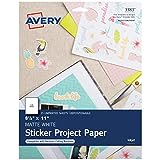 I believe it! I have Geico insurance because I love the caveman commercials and I'm not afraid to admit it! :)

You could probably use this idea to repackage cheaper food too. Liking buying a box of Frosted Flakes and then using that empty box as a storage container for the generic version.

I've been in food marketing for 12+ years and believe every word of those findings. It's what big brands & fast food giants have known forever, and now others are catching on.

For kids who protest against every healthy food, this might be the tipping point to get them eating healthful fruits and vegetables.

I'm concerned that the licensing and packaging costs will make healthier foods even more expensive than they already are perceived to be.

I've got healthy little eaters who pull a carrot out of the dirt, dust it off and enjoy and we don't promote licensed characters in our house...but every parent needs to make that call for their family.

The bottom line is that we all, especially young children, need to be eating more fruits and vegetables.

After I hit "post comment" I had another idea...parents could buy the healthy produce without all the packaging, and used stickers or other "decorations" for their child's reusable lunch containers. Then you're not paying higher prices for food.

Or...cut them up into bite sized pieces, place them in fun containers (like silicone cupcake cups) within the lunch box, or find other ways to present them in a fun way. Food can be fun on it's own without the help of a Disney princess.

I work at a coffee shop where they have a cooler with chocolate/vanilla milks with a generic cartoon cow right at kid level. I would say 9 out of 10 kids grab the milk, and 8 out of 10 parents buy the milk. There are also apple juices with no cartoons on the box that hardly even get purchased. I am AMAZED at how influential that cow is! I don't have kids now but once I do, I am definitely going to be aware of this phenomenon.

I love the article but I have one big problem with it.

This question and the resulting answer irks me:

"Snack Girl: Do you believe the government should discourage junk food manufacturers from using cartoon images?"

Capitalism was creating with the understanding that people vote with their dollar and good products succeed while bad products fail.

The reality of the situation is that when something like this falls into the jurisdiction of the government, it falls out of minds of the parents.

This means less actual parenting going on and more waiting for the government to tell us what to do, eat, think, or say to our children.

This study is indeed useful information and I have been doing this for a while with Spongebob and Dora themed snack baggies that I fill with nutritious treats.

We need to remember that parenting should start and end at the parent. Nobody has all the answers and every kid is different.

<i>Capitalism was creating with the understanding that people vote with their dollar and good products succeed while bad products fail.</i>

Except that it discounts the huge power of advertising.

So, Uly... People are sheep and advertising is our shepherd?

People need to be held accountable for their own actions and not blame advertising or government.

They need to open their eyes, use their brains, and make their own decisions.

When did we as a country vote to let our government think for us?

While I totally agree that parents are the arbiters of what their kids eat and it is up to parents to do the damn hard work to ensure what goes into kids is healthy, I also think it is anti-community to ask them to do it without support, including from government. Anything that will help should be welcomed. My kids have collected ideas about food from other kids at school that we don't support at home and which make my job as a parent so much harder. If sticking a princess or dragon sticker on the wax paper wrapping of my kids' homemade lunch items will help counter their belief that energy high, nutrition poor snacks in colourful packages are better, then hooray! Thank you for spreading the results of this survey.

that is so interesting, will have to give that some thought.

I have my six year old son help make his lunch and he loves picking which Apple he wants or getting the bread for a sandwich. I found that having him help me and discussing why he should eat certain things has made it fun for him