Should You Be Concerned about Inulin or Chicory Root Fiber? 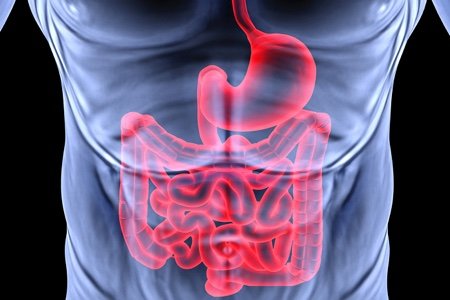 I noticed when I started looking at lower calorie Greek yogurt that inulin (also known as chicory root fiber) is popping up everywhere.

Inulin is a type of fiber that is found in certain edible plants such as chicory root. Your small intestine does not absorb inulin so it is essentially calorie free (it passes out of you).

It is sweet, makes yogurt creamy, and increases the amount of fiber in processed foods. Why would you want fiber in your yogurt? I am not entirely sure why anyone would want high fiber yogurt because you can get fiber in fresh fruits and vegetables. I think they add it because of the “mouth feel” and sweetness for zero calories.

People take 15 grams of raw inulin (from a jar) to reduce constipation and it does seem to help.

But, it may cause others problems such as bloating, flatulence, cramps, and diarrhea. When I posted about Dannon’s Oikos someone told me that they couldn’t eat it because the lactose made their stomach hurt. It might not be the lactose at all – but the inulin.

I don’t think that inulin is a bad addition to no-sugar added yogurts as long as people are aware that they might have an issue with it. It is a plant based compound that we eat all the time in:

I am guessing from the packaging that Dannon’s Oikos has about 6 grams of inulin added (since there is 6 grams of fiber and none of the other ingredients would include fiber). If you eat three of these per day, you will be treating constipation. Clearly if constipation isn’t a problem for you, you are going to create another problem with too many of these yogurts.

My advice is to eat these in moderation if you like them and they don’t cause any issues. Some people might call these yogurts "Frankenfoods" because they are designed by food companies versus being completely natural - and I hear that - but they lack the single biggest problem ingredient in the American diet - added sugar.

If you are trying to cut the sugar in your diet, these yogurts can give you a creamy treat instead of ice cream or higher sugar yogurts - and that is a good thing. I would not feed these to children though because of the dose of inulin might be too high (creating stomach aches).

What do you think of inulin or chicory root fiber? Do you avoid it?

Those black containers up there with the NFL logo don’t exactly look like they are being marketed to women....

What happens when a large food corporation buys a small, organic yogurt operation?...

I avoid inulin because of the negative side effects, I.e., flatulence, the same reason I avoid Fiber One bars, though I enjoy the taste and texture.

I totally avoid chicory root fiber. It gives me terrible stomach pains. I ate 3 bars with chicory because I was out running errands, got bad stomach cramps...hurrying home to lay down and then got pulled over by cops for speeding. Oh well...

On a LowFodmap diet ( foods hard to digest are avoided) and this is on the list of hard to digest, lowFodmap is fantastic if you have all the issues that go a long with digestive issues.

I avoid it like the plague because of the unpleasant side effects already mentioned. It only takes a little to cause me problems. It annoys me that so many things have it. However, it keeps me from buying processed foods and encourages me to make my own healthy snacks. Thank you to Wendy (above post) about Vitamin K. I was unaware of that. Good to know as I also have a blood clotting disorder.

Thank you all for that important information.

Thank you lisa for all the good info you post on your site...

I eat a lot of products that contain chicory root fiber. It is a prebiotic fiber that promotes the growth of the good bacteria in the digestive tract. It also keeps you regular. The effects of the products containing chicory root fiber show me that the product is working and giving the prebiotic health benefit. Start with small amounts, like one bar or one yogurt a day. Your body will adapt and you will get the health benefits without the side effects.

Studies does not always show that fiber, such as inulin, added back into foods works like the intact fiber that already exists in the food naturally. So, my advice is always to attempt to get your fiber from fruits and vegetables rather than one that has been manufactured.

I love (loved) Vitalicious muffins and cake products and ate a lot of them until I realized that I never had gas or flatulance before I ate them. I had to give them up as the inulin was the problem. I even had an embarassing incident in an elevator due to them(hope it wasn't too noticeable. Wish I could eat these things; they are delicious

I'm on a Low Fodmap diet - Eliminating foods that are hard to digest ( all of them, and then reintroduce them) that cause IBS, and other stomach issues. Chicory and insulin are both on the list. As are many other foods. Great diet to help with these issues ! Great article and very important. Thanks Lisa!

Lisa, moderation is the key. I have a very high fiber diet, so I am able to tolerate inulin without trouble. I have diverticulosis and the fiber is a must for me. I eat loads of raw veggies, but I am not crazy about fruit, so the boost I get from products like Oikos and Fiber One bars (or as my family calls them, fart bars) is much appreciated. It took me a little time to adjust to the added fiber, but I decided the benefits were worth it (feeling fuller and better GI health). Thanks for a comprehensive plain English explanation! I love your blog. :-)

I am glad you posted this subject. I read labels a lot, and noticed it in several products......most notably in some brands of stevia. I did research it and found it was chicory fiber, but I never noticed any of the side effects.
What I don't understand is why they add this to stevia?

I was struggling with bowel problems for over a year. They had diagnosed me with irritable bowel syndrome. I happened to go to a natural food allergist that asked me to bring everything that I ate or drank on a regular basis. One item I brought was Tim Hortons Coffee. She told me right away that she believed it was the issue. When I researched I found out that many believe that Tim's puts Chickory Root/ Inulin in their coffee. Once I stopped drinking it all my problems stopped. I did find that if I made coffee on my own from a can I was fine. So now I have to watch as I clearly react to inulin as I ate some cereal and had issues and then saw they were adding inulin. Apparently they used to put chicory root in the coffee when the war was occurring because they found the men craved it and it helped keep them awake the more they drank...maybe why Tim's coffee is so addictive??

Thank you SO much for this information. I have been eating Dannon’s Oikos now for a couple of weeks and couldn't figure out WHY was a so gassy and bloated.....I am now going to stop eating that brand and see it that is the cause. THANK YOU SO MUCH.....

My question is not pertinent to the discussion, but I noticed that the link to Pinterest is no longer available for your individual posts and recipes. Is this a permanent change?
Please excuse me if you have addressed this previously.
Thank you.

I eat a high-fiber diet with no trouble, but if I have something with inulin, I get gas. Every time. I have to not eat those foods with the added fiber.

Thanks for the information. I will be giving it a try since I have a problem due taking medication. I would love some relief and if that will do it, I'm on board. Thanks again.

I have been having bloating, and stomach cramps on and off for almost a year. Couldn't figure it out, as I was eating"healthy" with granola bars and yogurt, well yes, chicory root in both. Now I have to read labels on everything.