Stop Worrying about Fat: You Have Been Deceived by the Sugar Industry 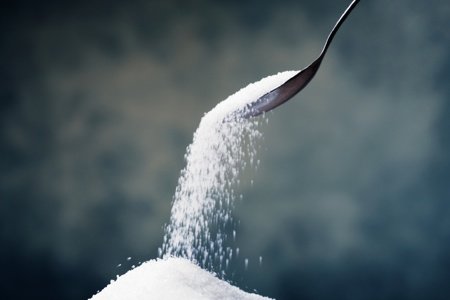 I don’t know how many of you know that it in my old life, I earned a Ph.D. in Genetics.

It was a long time ago, but I spent 9 years doing cancer research, working with plants, and doing extensive reading of scientific papers. I believe I have a pretty good idea of how science works and doesn’t work.

The Sugar Research Foundation paid these scientists $50,000 to write a review paper minimizing the link between sugar and heart health. The scientists then named saturated fat as the potential bad guy.

Why would one scientific paper published in the New England Journal of Medicine matter? This wasn't just any paper. It was a review paper in a top journal by Harvard scientists - supposedly the best. The authors are supposed to look at all the available research (sometimes 1000’s of studies) and form a general conclusion about a pressing scientific question. These papers are huge for science because they help guide research in the most productive direction.

So, these men decided to take the money and tilt nutrition science away from sugar and toward fat FOR DECADES. They didn’t disclose the study was paid for by BIG SUGAR because they didn't have to do so.

How crazy is that?

From a NYT commenter:

The scientists not only behaved very badly but contributed significantly to setting in motion a fraud perpetrated on the American public that has created an ongoing health disaster, one that continues to result in increasing rates of diabetes, heart disease and yes, deaths, due to the misguided demonization of fat.

It's disgusting, and extremely disappointing that so many "experts" in medicine and food policy continue to focus on evil fat (particularly of the saturated variety) at the expense of our health.

Every time you read something about food in the paper, you need to know who funded the research. Coca-Cola, for example, has paid millions to play down the link between soda and obesity (it isn’t working).

When I attend the national nutrition conference, I am always shocked that McDonald’s is part of the group that funds it. The food industry has far more power over nutrition research than it should have.

The solution is more government funding for research so that scientists don’t take have to take money from corporations (or the creation of more ethical scientists that aren't influenced by money).

What do you think about the sugar industry’s meddling?

The Smoking Gun is Sugar

I know that we all want to identify the ONE factor that is making us unhealthy....

Should You Avoid Fruit Because It’s Full Of Sugar?

That lady up there isn’t avoiding fruit. She has made a lovely sculpture to express her love....

I have believed for a long time that fat was not the culprit. Just think. Our brains are made up of cholesterol (fat). Our poor parents and grandparents are now paying the price of the government's no/low fat opinions. I wonder if maybe that is why there is so much dementia now. Not enough fat to keep brains healthy. Just my opinion.

That actually makes a lot of sense, Marie. Never thought of that link.

This is the kind of stuff that makes us all suspicious of "research" reports. Look what happened here and how many people have suffered and died from the misinformation about vaccinations??? Thank you for adding information and explanation to this important, issue, Lisa.

I wonder if all the low fat, diet food has contributed to more children being diagnosed with disorders on the autism spectrum.

Oh my, Marie... that may be a causal link indeed. That's terrifying.

I wish I could say I can't believe the sugar industry would do such a thing. Obviously, the food industry has far too much influence into research and it's a wonder people know the truth at all. I stopped buying into the low/no-fat phenomenon some time ago and now pay more attention to sugar content in foods. It's hard for a lot of people to grasp that concept though since so much misinformation is out there. I'm glad you can help set the record straight, Lisa.

Following the WW principles for 9 years I've learned not to demonize any one food group. Fats are essential to our bodies - for so many things. However, with that being said one has to select the very best quality fats and avoid the junky ones. And too much fat isn't a good thing either. Now for sugar - even WW has recognized that a small amount of sugar goes a long way - so another food to select only the very best quality sweets and only in small amounts. I don't know why we as a society have to find one food group to demonize and then everyone goes overboard to avoid it all - that's when those nasty chemicals come in to take their place and we suffer more. Why not stick to the REAL thing and just have a little bit? Much better than switching to substitutes and imitations...focus on eating a large variety of foods and enjoying them in moderation. I'm not surprised by what lobbyists and industries do - after all their only interest is in the profits they make - not our health.

When I first heard this, I wasn't surprise. I always teach my students to look at where the research is coming from and what bias research might have.

Obesity is a huge problem in Canada and the US. All the health problems this caused to make more money. People can be so greedy. Let people make informed decisions. It shouldn't be blinded by money.

I keep hearing more and more about the dangers of sugar on heart health. I track my calories for everything I eat. I wish food labels would distinguish between natural sugars and added sugars. I think this would help bring attention to this situation. What do others think?

I totally agree that food company funded nutritional research is highly suspect but it may be naive to think that government funded research would be totally unbiased or free from influence and lobbyists. Power, money and influence are hard to divide. I love crowd funded research as Dr. Rhonda Patrick is finding success with. Check her out https://www.foundmyfitness.com

Read this article about the connection between sugar and Alzheimer's and dementia:

I agree that the effects of sugar have been downplayed. However before you let fat off the hook in terms of chronic disease take a look at the work of Dr. Michael Greger, Dr. Neal Barnard, Dr. Caldwell Esselstyn and T Colin Campbell, among others. All nutrients play a role in both disease and good health.

Thanks (Dr.) Snack Girl for commenting on this topic. I've really altered the way I teach my Cardiac Nutrition class but still put an emphasis that even though sugar is in the lime light doesn't make saturated fat a free for all. I agree with Sue that people are so quick to pick one food group and demonize it. I'm also so disheartened that in this lengthy time period other well regarded scientists haven't noticed we need to take a closer look into the research. Thanks for posting!

I do agree we focus a lot on one food group, but to much of one food isn't good for us. Sugar is like a drug and if you're eating a lot of sugar on a daily basis it alters your brain chemistry to wanting more and more. Sugar does increase heart disease and diabetes plus it feeds cancer cells. It's to bad that fat got such a bad rap, because we do need the healthy fats in our diet. We need healthy fat for our brains to function and to absorb vitamins. The FDA have now put in affect that all food industries change their food labels with the next 2 years and one thing that must be on the label is added sugars. So you'll have the total sugars and next to that will be how many of those are added, which is about time.

I am not surprised by this information at all. One thing that we should all know by now, is that the people who are paid to keep us safe (USDA, FDA, any governmental agency) are funded by the companies they are supposed to keep us safe from (Monsanto, Tobacco Industry, Sugar Industry, just to name a few). Watch some documentaries on Amazon and you'll change the way you eat.

I am very sure I mentioned this months ago. Being a diabetic, I have tried to warn people of the dangers of simple carbs such as sugar, honey, cane sugar, etc.

Carbs put stress on the pancreas and will cause a fatty liver. Once the liver stops producing the enzymes needed by the pancreas, diabetes ensues. I have been posting that people should look into and subscribe to a diabetic diet.
This does not mean you cannot eat bread, pasta, and rice, etc. We do all the time. It is how you eat and when. As diabetics, the safest time for us to eat bread, pasta and rice are in the evening. We eat them i moderation and check our blood sugar levels often.
Everyone should have their blood sugar A1C checked by their doctor often. Blood sugar meters and strips are available on line from various medical stores on line without a prescription.
I wish I had these tools to check my blood sugar *before* I got diabetes.
Diabetes can cause blindness, heart attacks, strokes, osteoporosis, auto immune diseases and cancer.
If that is not enough to get your attention, I don't know what is.

it can not but rejoice! great idea! I had to limit the sugar, but it is now easier

Too bad the sugar industry can't be sued for this or slapped somehow by the USDA or FDA or whoever oversees the food industry. Disgusting but time to move on and be healthy!

Putting your trust in government is no panacea either. They are as interested in controlling the masses as the food industry (think man-caused climate change).