Can You Find Healthy Food at Walmart? 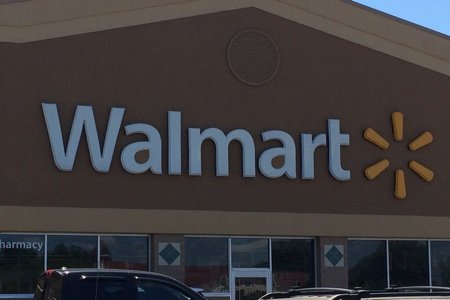 Walmart is the largest retailer in the USA and unless you have been living under a rock you know it sells food.

I decided to spend some time at Walmart because approximately 21% of Americans buy their food there. These people don’t necessarily have the money to walk into a Whole Foods and drop $6 on an organic pineapple.

I have been on that bottom economic rung myself and know how hard it is to eat healthy when $1 buys you a package of cookies at the Dollar Store.

My idea is to provide a guide to Walmart shoppers who want to be healthy but can’t afford to shop other places. I will tell you the food prices at Walmart were significantly lower than the prices at the supermarket in my area.

My mission was a bit like looking for a needle in a haystack of junk food. Most of the food that I discovered was either on the lowest shelf or the highest of the aisle and NEVER on the end. There were some high points and many low points to my quest. 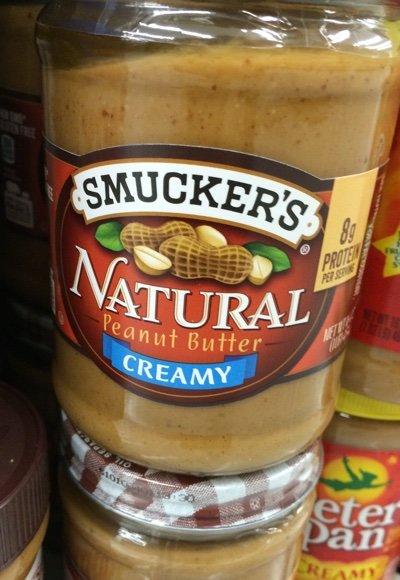 They have Smuckers Natural peanut butter which is entirely ground peanuts with a little bit of salt. Love this stuff! 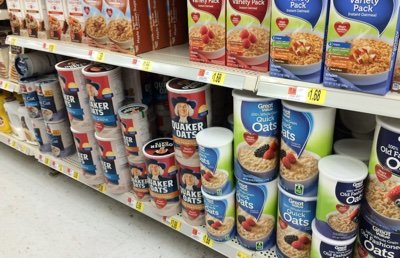 They had plain regular, instant, steel-cut, and organic oats! These are on the bottom shelf with the more unhealthy options (sugar added) above. How about that? 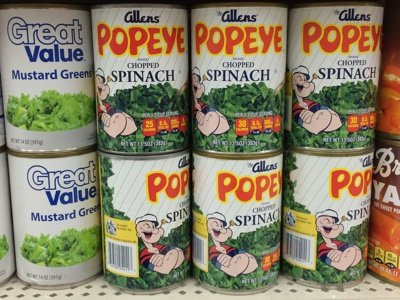 This can of spinach caught my eye. Don’t we all want to be like Popeye? I haven’t had or cooked with canned spinach in a while but this looks like a great and inexpensive way to get your greens. Anyone have some recipes for canned spinach they can share? 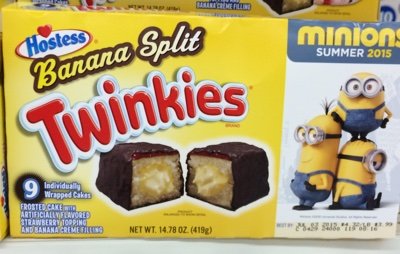 What are these? I thought we got rid of the evil Twinkie and now they come back with minions? Oh man. 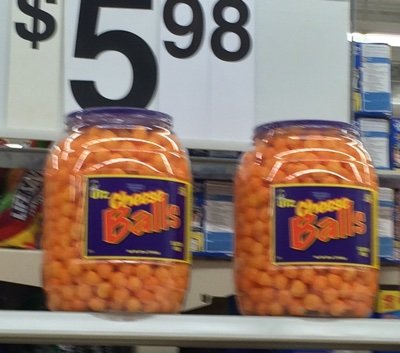 Just what I needed! - an enormous container of Cheese Balls. Who has $6 for Cheese Balls? They should spend it on an organic pineapple. ☺

Other good stuff that I found:

The most surprising item I found was: 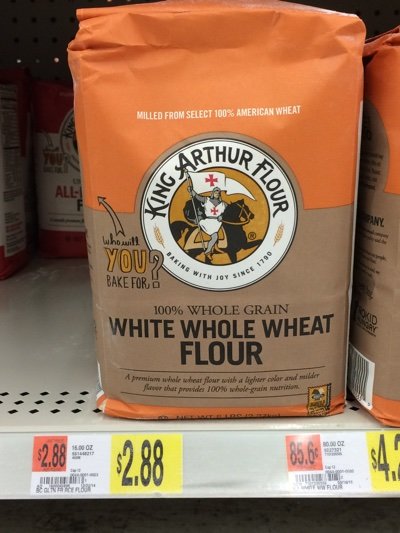 Hey! That is the flour I use for all my baked goods and for less than at the supermarket. How about that?

It is possible to find healthy items at Walmart if you look hard. It is a lot easier to find junk food. My Walmart doesn’t have produce or frozen food. I would suggest frozen veggies and fruits as well for those working with a tight budget.

Do you shop at Walmart for food? What are your finds? Where else do you go for deals?

@Beth - Thank you! I didn't see organic beans at my Walmart but I am glad to know they are out there.

But should you find your groceries at Wal Mart?

Sure, if you want to support offshore manufacturing & full time employees living below the poverty line while the Waltons float around in their Billions.

I'm fortunate to live by a Super Walmart that has a grocery store. They have tons of healthy items!!! Love it.

The Walmart in my town does not carry organics and has reduced the vegan and gluten free selections down to only a few items. I have found our grocery store is cheaper on most stuff. The Mexican grocery store has much cheaper and nicer produce. If I want organic I have to grow it my self, it's not offered here.

Our Walmart carries many organic brands, including Wild Oats, which is not as expensive as other organic a but not as cheap as conventional. There is almost a Wild Oats option for anything they sell, pasta, spices, cookies, sauces and beans. Our Walmart also has a very large selection of organic produce.
It is where I shop for now, but an Aldi is opening up this summer that I can't wait to try out.

Thank you for this. Although Walmart may not be the best choice for grocery shopping, it may be the only choice, especially in food deserts.

I have shopped for food at the local Walmart, and it has a decent selection of frozen fruit and veggies, as well as canned goods, some organic choices, and sometimes decent fresh produce.

I have pretty much stopped the insanity at Walmart. For the extra I spend at Srpouts (like Whole Foods), I make up the difference at Aldi's and I am much happier. My Walmart caters to the obese and if I ask them to stock something healthy they tell me it is not in their warehouse (like more Weight Watchers products), so they can't order it. So I'm done with them.

Your Wally World doesn't have produce and frozen? Oh, my. I've shopped at Wal Marts in NC, SC, TN and VA and the selection is AMAZING. I do agree that processed things are pushed, and the produce aisle doesn't often (if ever) offer local farmers' products, and they took out their meat department. All meat is trucked in, pre-packaged. However, it's amazing what all you can get, for a reasonable price, in one building. I do wish wages were in line with the awesome job those employees do.

Greek yogurt at our Walmart is almost always cheaper than even the sale prices at the local grocery in my town. Cheese can also be much cheaper, but there's not a huge selection.They also have a nice selection of whole wheat breads at our store. However, I have been extremely disappointed with the produce in our Walmart. I think I have yet to find a piece of fruit that isn't bruised or squishy inside, so probably best to go elsewhere for that. I don't think it's transported, stored, and handled properly.

We have a new Winco right around the corner from a super Walmart so I am comparing the two to see if we want to switch. Winco is lower on many items but Walmart has the Equate brand in non-food such as soap and aspirin,etc. Winco organic produce is limp, fresh is pricey so Sprouts is where we go for our produce but frozen fish at Winco is very low. The jury is still out and I suspect we'll use Winco more than Walmart.

Frozen fish is often a real bargain at Wal-mart. I also get my fat-free plain greek yogurt and fat-free lactose free milk (store brand) at lower prices than anywhere else. Fat-free Borden cheese slices (don't know if they're healthy, but they are a weight watchers points bargain). Sometimes produce, but it's not usually well-priced or cared-for.

I would love to shop only at Whole Foods and Earthfare, but the financial reality is that I need to buy a lot of my basic items at WalMart. My WalMart carries some organic produce and a number of organic products, including milk, some other dairy, and many Wild Oats organic items. For a while it even carried some grass-fed beef, although I haven't seen any in recent weeks.

I shop at Walmart every week. They have excellent produce, none however, is organic. They have a really good selection and every week I see more and more new items. I would prefer to shop at Trader Joe's or Whole Foods, but right now, Walmart is the place to be for us.

The Walmarts in my town carry healthy choices. I use the plural as we have a full walmart complete with Auto care and what I call a green store, as the sign is green.

So, before these two we had a Minyards, with prices at double and no reduced fat, organic or low sodium options AT ALL, so much so that I contacted their corporate offices. The only way they got this sort of thing was to buy out another retailer and then they didn't modify existing stores like mine. Or I could chose Sav-a-lot for rotting produce when I walk in the door and shelves full of processed box food with no WW or health value, only wallet value.

So, I get healthy and such at an affordable price where I can choose to eat to confirm to my WW plan.

As for the supporting offshore this or that. I'm sorry, when you are a single parent of two children, and work for a non-profit you may choose to buy as healthy as possible for your children or leave them hungry and shove some off-brand cookies down their gob.

Everything that every American loves about America is being destroyed by Walmart, from blighting our neighborhoods and communities, destroying the hard working middle class, breaking worker's rights, cheating workers of their working hours, and more. I, for one, would rather do without than contribute 1cent to their coffers. I get very emotional about the devastating impact this greedy, unconscionable company has had on our country.
If you have netflix, I advise you to sit down with your spouse, children and friends and watch ''Walmart: The High Cost of Low Price". This documentary is 10 years old so I'm sure its effects are much more palpable today.

Our California community is anti-'big box' stores like WalMart (though most people seem to love the local Costco that managed to conquer the bureaucracy a few years ago!), but a couple of times a year we may travel through a neighboring county''s WalMart for a few budget-friendlier items that meet my Weight Watchers needs and my husband's diabetic needs:

Great post! I'm sure you've commented on this before, but I would love to see (another?) article on why sugar is added to things like canned beans? I'm talking about straight-up cans of minimally processed beans like canellinis or kidneys that you might add to soup or chili (and would not eat straight out of the can anyway). Why the sugar?!!! So weird.

I shop at Walmart for most of my groceries. Starting in spring, I buy my veges and fruits at my local farmer's market. They operate until Thanksgiving and I live in a rural area, so I am able to get really fresh foods. They also sell dairy, eggs, cheese and a variety of meats but they are often so very expensive that I head back to Walmart. At a super Walmart, you can find lots of nutritious and healthy foods, but you have to look carefully. After one of your recent posts on rotissarie chicken, I hunted until I found an organic, grain fed, no additive chicken. It was a tiny bit more cost wise, but the chicken was great and well worth it. When I want seafood, I head to a seafood vendor. I also live near the coast so its easy to find them. They are expensive but so worth the cost for freshly caught seafood. Walmart helps me balance costs for good, healthy food.