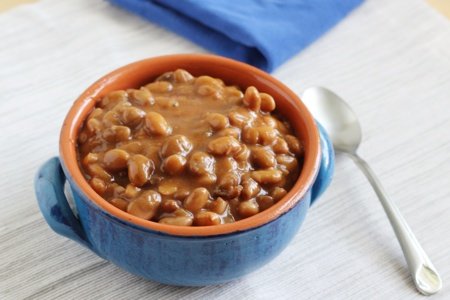 These slow cooker baked beans with molasses are vegetarian and will outperform any can of baked beans.

Beans, of course, are loved by vegetarians and your gluten-free crowd. Because I added molasses this is also a kid pleaser.

Black Bean Blender Brownies. They are both ridiculously easy.

There is one ingredient in these slow cooker baked beans that many of you will not have in your pantry. Liquid smoke can be found next to the barbecue sauces in the grocery store and NO – it is not like adding cigarettes to your beans. 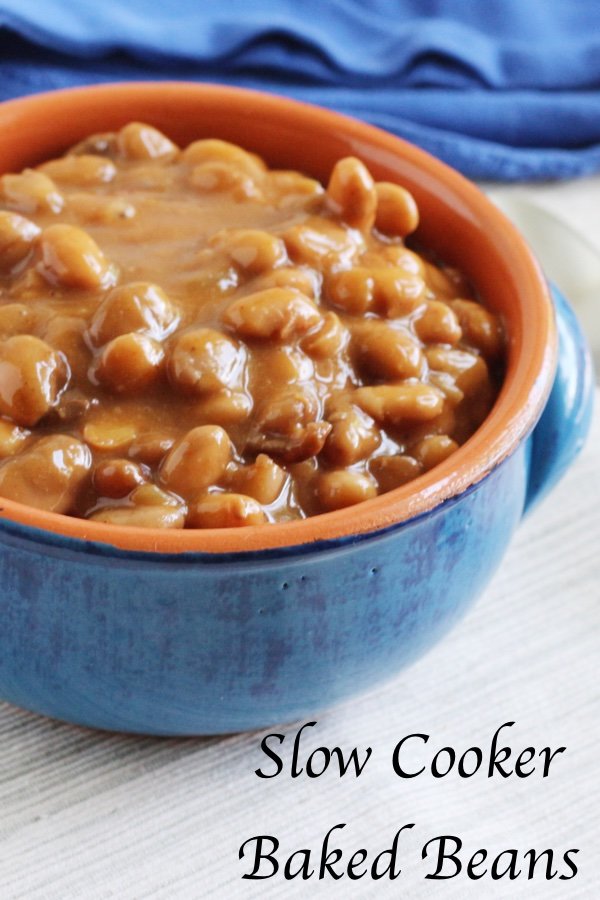 I bought my first slow cooker five years ago at Target. It was at the end of an aisle and on sale.

Bring These To Your Next Picnic or BBQ

How about some dessert eye candy before the big BBQ?...

I love homemade baked beans but there is always too much left over. 14 servings with just 2 people........Can they be frozen???

Can this be doubled?

Thanks, Lisa! I can't wait to try this. On a side note, have curious to know if you've tried the Insta-Pot pressure cooker (and myriad other things it seems?).

Can you freeze the baked beans

I freeze cooked pinto beans, white northern beans all the time....I freeze mine in individual sizes, so when I want a bowl, I just take out one container.....I freeze left over corn bread also....both do great....so I really don't see why you can't freeze baked beans....I would freeze just a little and try them, that way you would know if they can be frozen or not.....

Baked beans, mmmm. I don't own a slow cooker but can achieve the same results with my oven set at 200degrees or so. I use a real Boston Baked Bean Pot and the recipe enclosed with the pot. I do tweak the recipe a bit to experiment with flavor. One change that works for me, is to stud a small onion with about 6-8 cloves and tuck it down deeply into the pot. I also like to add a big diced carrot. After a long soak of the beans, usually overnight, I bake them overnight #2. [It does requires a bit of forethought.] They smell amazing in the morning wafting all through the house! And bringing that cute pot to the table [or a picnic] always produced yummy sounds. At Christmas I put a red bow on the pot and fill it with ginger cookies.
Here is the info on this Bean Pot for anyone interested: http://www.potshopofboston.com/collections/bean-pots

@Karen-you can buy a smaller pot to suit your needs.

So delicious your dish is! Will it have any problem when i freeze that baked beans with molasses like i do with another baked beans?